“Fletcher’s performances bear not a trace of strain or awkwardness. His playing reminds me of Segovia’s—not Segovia at the end of his career, when he sometimes sounded a little too careful, but Segovia at the time of his several Decca LPs from the 1950s and 1960s. This is mellow playing, and melody is king, but rhythmic vitality is never sacrificed, phrasing is precise, and harmonies always retain a jewel-like clarity.” 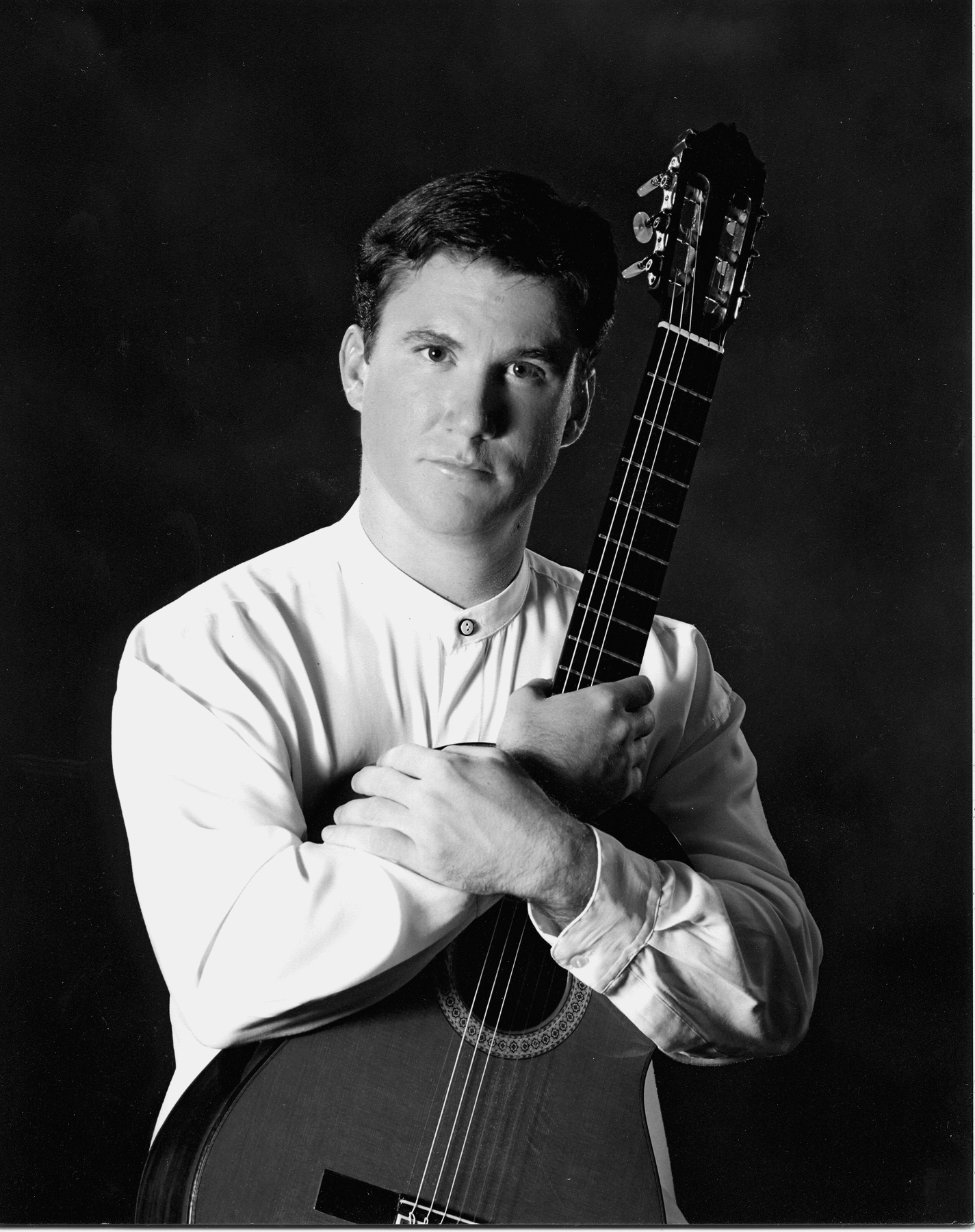 Peter Fletcher is very clever. After several appearances at Carnegie Hall’s Weill Recital Hall, classical guitarist Fletcher has assembled a performance repertoire that is both familiar and thought provoking, as well as highly entertaining.

After two decades on the performance circuit, Fletcher has learned his performance craft well. He has assembled a repertoire that comforts the soul with warm, melodic harmonies and excites the intellect with transcribed work of composers not usually associated with classical guitar. (Fletcher’s transcribed Erik Satie favorites “Gymnopedie No. 1″ and “Jack in the Box” come to mind.)

Still, Fletcher’s concerts are much more than rich, soothing melodies or a cerebral excursion down unfamiliar roads. Fletcher has ingeniously composed programs that highlight that classical guitar goes way beyond the Iberian-infused rhythms of Albeniz, Rodrigo, and Villa-Lobos. With Fletcher there is Bach, Mompou, Scirabin, Rameau, Ravel, and Couperin. And in this particular concert Fletcher introduced some new repertoire additions, William Walton’s “Five Bagatelles,” Andres Segovia’s “Oracion” and the show-stopping Niccolo Paganini’s “Caprice Opus 1, No. 24.”

This unusual assemblage of favorites and soon-to-become new friends makes for an evening of comfort, adventure, and intellectual stimulation. That said; there were a few hiccups in Fletcher’s recent concert at Weill Recital Hall, but whatever the faux pas’, Fletcher’s dexterity, joy and commitment to excellence triumphed on this particular evening.

As a mature artist, Fletcher stands out in his emotional interpretation of the works he performs. And this is particularly apparent in the less pyrotechnical pieces in his repertoire. Though the more virtuosic works get pulses racing, the gentler works give room for reflection and in Fletcher’s corner demonstrate more accurately his craft and technical nuance. This is good calculated move on Fletcher’s part!!

The firework piece of the evening was Paganini’s “Caprice Opus 1, No 24, a work that has had many a musician quaking in their boots. Fletcher—minus one major hiccup—handled this well-known work with an almost pristine brilliance and aplomb. And by adding this work to his repertoire, Fletcher demonstrated that his transcription captures the true essence of this work, taking this prodigious masterpiece beyond pyrotechnical efficiency.