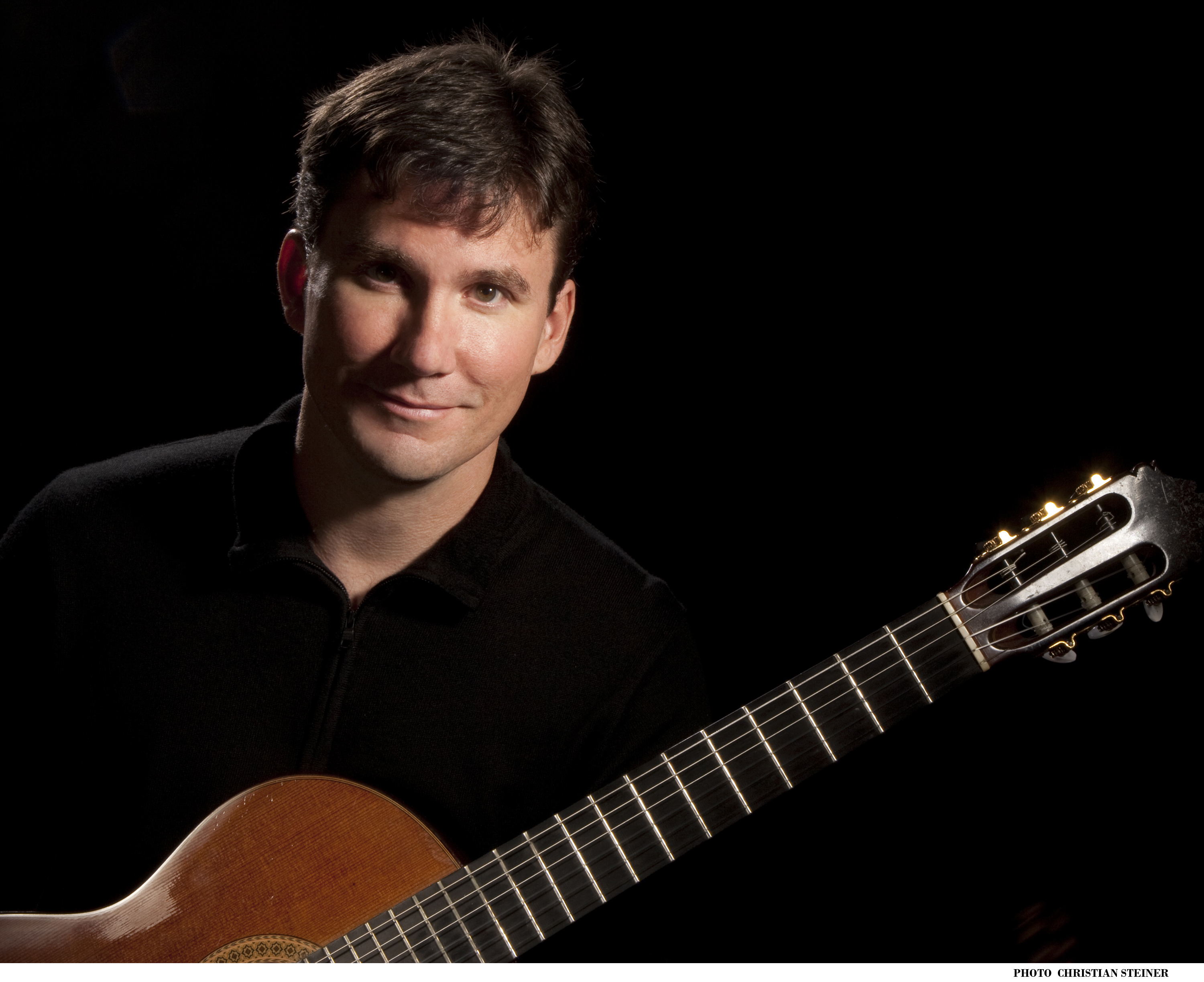 PETER FLETCHER began guitar study at the age of seven under classical guitar instructor, John Sutherland. In December, 1983, he made his formal debut at the age of fifteen under the auspices of The Brasstown Concert Association in North Carolina. Wrote the critic of The Cherokee Scout, “He has technical facility but what one remembers about his playing is the nuances, the poetical phrasing, dynamic and tonal changes, his harmonics, his cadences.”

Fletcher furthered his studies in Master Classes with David Leisner, David Russell, Oscar Ghiglia and Pepe Romero. As a performer in the Christopher Parkening Master Class he was chosen to play in the student recital two consecutive years and, in 1988, the class was broadcast on National Public Radio (NPR). In 1990, the Music Teacher’s National Association (MTNA) awarded Fletcher a prize at its National Level Competition. In 1995, he received the Master of Music degree from the Eastman School of Music under Nicholas Goluses, and was twice the recipient of an Eastman Graduate Award.

In demand as a performer in cultural venues throughout the country, Mr. Fletcher has been invited to give recitals at the George Eastman House in Rochester, NY; Cincinnati’s Memorial Hall; St. Philip Cathedral in Atlanta; Furman University in Greenville, South Carolina; the Schwartz Center for the Arts in Dover, DE, and many others. A very special guest engagement was Fletcher’s appearance in May 2005 at the World Music Series in Oceanside, California. In 2003 he performed on the Dame Myra Hess Memorial Concert Series at the Chicago Cultural Center. In January, 2005, Mr. Fletcher was invited to join the distinguished Jury of the 9th Annual Schadt String Competition in Allentown, Pennsylvania. He made his New York Debut at Weill Recital Hall at Carnegie Hall in February 2007, and will return in March 2009.

Peter Fletcher’s three recordings, The Art of Classical Guitar, A Peter Fletcher Recital and Federico Mompou: Guitar Works (Centaur Records CRC 2588), have received critical acclaim. During a recent trip to Spain, Fletcher had the priviledge of meeting Mompou’s widow, Carmen Bravo, at her home on the Paseo de Gracia in Barcelona, where Fletcher performed from his recording and discussed interpretation. On their meeting, Carmen Bravo states, “On that occasion, I heard him play the music of Federico Mompou and was able to observe in him a refined sensibility, much affinity for this music, plus a high technical level that justifies his excellent artistic trajectory.”

Mr. Fletcher’s next recording project for Centaur involves an all-Grieg album, for which he himself is writing the guitar transcriptions. Scheduled release date is 2010.

Peter Fletcher believes in carrying on the Segovia tradition of expanding the comparatively small classical guitar repertoire. He plans to do this by transcribing from other instruments (mainly the piano) and also by commissioning new music.

Interests outside of music include reading and cross-country running. He lives in New York City.